Almost One Third of Tinder Users are already in a relationship

Almost One Third of Tinder Users are already in a relationship 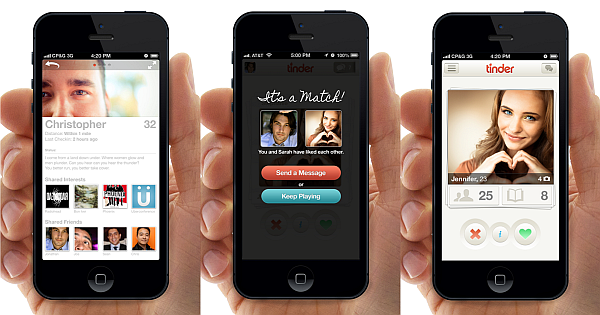 Yes, A New Study Reveals Almost One Third of the Persons Using Tinder Dating App are Already in A Relationship or Married. A study conducted by the Global Web Index shows that at least 4 in 10 persons using Tinder app are already married or in a relationship.

Despite that, these persons have registered to this dating app.

Tinder is a popular mobile app among men as opposed to women.

But the interesting thing is the female community on this app are almost 2 times as likely to cheat their partners.

Over 40 percent of women on Tinder are already married & over 50 percent are currently in a romantic relationship with their partner.

That matches to almost 1/3 of men who’re engaged with someone & 23 percent who’ve taken their promises.

Jason Mander, who is the head of GlobalWebIndex, believed that although he was a bit stunned by these numbers, not each single person who is married might be using this site simply to cheat.

Predictably, this app is quite popular among youngsters.
Almost 38 percent of the users are between 16 & 24 years old, whereas 45 percent come into the 25 & 34 group. Only 4 percent of the people are over 45 or above.

Also, Tinder is very popular in cities & towns as compared to the rural regions, where obviously you’ll see fewer individuals around.

The dating app is been downloaded by well over 50M times till date.

Talking of a few other emerging players in the app world, you have Hinge and Bumble.

Hinge app links the users depending upon 2 factors; the first is proximity, similar to Tinder and the next is social connections that uses the Facebook data.

Meanwhile, Bumble dating app prefers to emphasize more on the safety of women & puts them in control.

Bumble app works similar to Tinder with the only difference being that women are able to begin the chats. They have produced female oriented marketing stuff that urges females to take the first step.

The company states that almost 99% of the users are well educated, and mainly work in areas like banking, fashion & media.

The report from GlobalWebIndex also revealed that dating apps that are location based have grown in popularity in the countries like Philippines, Brazil, India, Mexico, the UAE, Thailand, Vietnam and Turkey.

The GlobalWebIndex says, “The above countries presently have well over 10 percent of the web users prefer location based dating applications.”

This website uses cookies to improve your experience while you navigate through the website. Out of these cookies, the cookies that are categorized as necessary are stored on your browser as they are essential for the working of basic functionalities of the website. We also use third-party cookies that help us analyze and understand how you use this website. These cookies will be stored in your browser only with your consent. You also have the option to opt-out of these cookies. But opting out of some of these cookies may have an effect on your browsing experience.
Necessary Always Enabled
Necessary cookies are absolutely essential for the website to function properly. This category only includes cookies that ensures basic functionalities and security features of the website. These cookies do not store any personal information.
Non-necessary
Any cookies that may not be particularly necessary for the website to function and is used specifically to collect user personal data via analytics, ads, other embedded contents are termed as non-necessary cookies. It is mandatory to procure user consent prior to running these cookies on your website.
SAVE & ACCEPT